Ward has Royal Ascot ambitions for Campanelle and Golden Pal 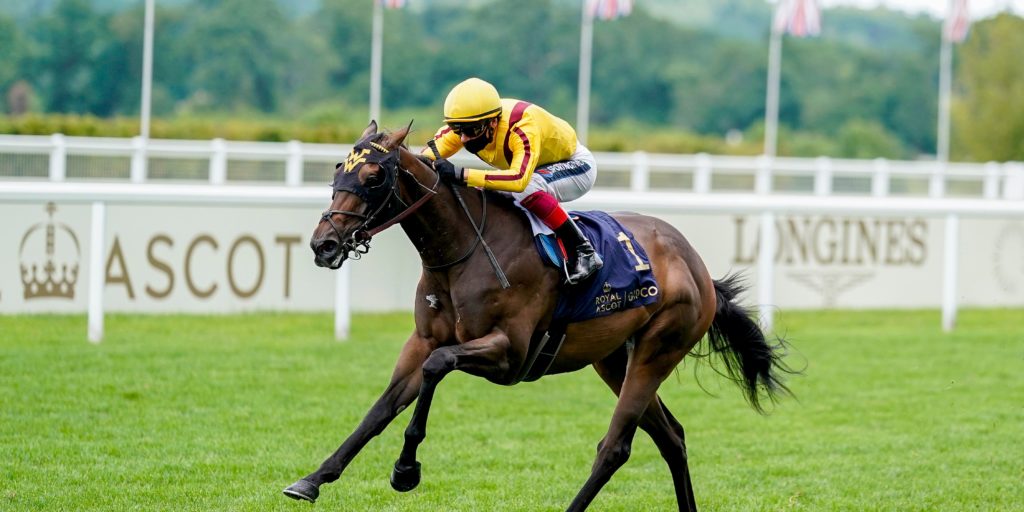 Commonwealth Cup and King’s Stand on the radar.

Wesley Ward is lining up a high-profile assault on two of the sprint features at Royal Ascot, with the sights of both Campanelle and Golden Pal set on the headline meeting in June. Campanelle is being aimed at the Commonwealth Cup following a fruitful juvenile campaign that saw her win the Queen Mary Stakes at the Royal meeting, before going on to lift the Group One Prix Morny in France later in the summer. She had to settle for fourth on her final start of 2020 upped to a mile at the Breeders’ Cup meeting, and Ward expects her main target to be the Commonwealth Cup back over six furlongs rather than either the English or Irish 1000 Guineas, for which she holds an entry. He said: “Barbara (Banke, owner of Stonestreet Stables) is really keen on Ascot and I think six furlongs – and that’s a stiff six at Ascot for the Commonwealth – with a little weight break for being a filly, that will be our main target. “I’m kind of working from that race backwards – the Guineas really don’t come into play right now unless when she’s at the farm, the team gets together and decides to go in another direction. “Our main goal would be the Commonwealth. Barbara and her whole team are really looking forward to getting back (to Royal Ascot). She worked last week for the first time at Barbara’s farm at Ocala and she looked like she’s ready to go, so we’re all excited.” Campanelle is one of the three top-rated fillies in Europe last year, with Ward’s star being given a mark of 113 along with Fillies’ Mile winner Pretty Gorgeous and Shale, who was victorious in the Moyglare Stud Stakes. Ward was previously responsible for a top-rated filly in Lady Aurelia, who also won the Queen Mary and Morny before returning to Ascot to lift the King’s Stand Stakes the following year. While Ward compares the two favourably, he believes Campanelle will shine over further than five furlongs. Speaking via Zoom at the British Horseracing Authority’s two-year-old classifications press conference, he added: “They’re similar in their accomplishments, but I still believe Campanelle will stretch out a little bit – she’s a bigger, scopier filly and she will go a little further, that’s why we tried her at a mile at the Breeders’ Cup. “I think it was a case of it was the end of the year, she had a long season whereas Lady Aurelia was beaten in the Cheveley Park over six and we found out she was better at five. This filly was going a mile and I just think it was just a long, long season.” Golden Pal also ran at the Royal fixture, being edged out by neck by The Lir Jet in the Norfolk Stakes, and he is also on course to return. The Uncle Mo colt went on to win the Juvenile Turf Sprint at the Breeders’ Cup meeting and Ward has high hopes he can emulate Lady Aurelia. He said: “We’re really excited about this guy. He will come back opening day at Keeneland, which is April 1. Every year they have a straight, three-year-old, $100-$150,000 stakes race over five and a half furlongs and that will crack off the season for him. “He’s doing fantastic – he came out of the Breeders’ Cup in great shape and we’re going to try the same route we did with Lady Aurelia and go to the King’s Stand with him. I think the five should see him right between the ears there. “He’s grown in height and he’s broadening out – he’s a really beautiful colt right now. I think he’s going to be a tremendous sprinter this year.” Reigning champion Battaash is due to kick off his campaign with a King’s Stand defence – and Ward would relish a clash between the two speedsters. He said: “I’m a big fan of that horse. We’re excited to come back over, it’s always tough to come to the home court where he has the advantage. “The Nunthorpe has eluded me and that will almost be the main goal for this guy. We’re going back to the King’s Stand (first), but as the summer progresses the three-year-olds catch up to the four-year-olds and I’m really looking forward to that race at York. “This guy (Golden Pal) has proven he can go on all types of ground – he’s a very exciting sprinter, one of the best I’ve ever trained and hopefully could be the best with the accomplishments we’ve set out for him this spring, summer and hopefully culminating in the fall. “He’s a really, really exciting horse to train, so we’re looking forward to it. Battaash is a very worthy opponent. The years are hopefully behind him, but I’m a big fan of his and when you get these good sprinters matched together, it just brings excitement to everyone involved in racing.” While Ward had runners at Ascot last year, the Covid-19 pandemic meant travel for all but essential staff was not possible and the meeting was run behind closed doors. However, he is hoping the situation will improve this year, allowing his family to make the journey to Ascot. He added: “It’s not only for me, but my kids really look forward to coming there each and every year, they’ve been coming for over a decade now, so that’s a big mark in the calendar they look forward to. “My oldest son has been coming since he was nine and he has a lot of friends over in Europe and England, so we’re looking forward to it hopefully opening up this year.”