Lostintranslation seeking to regain the winning thread on Ascot return 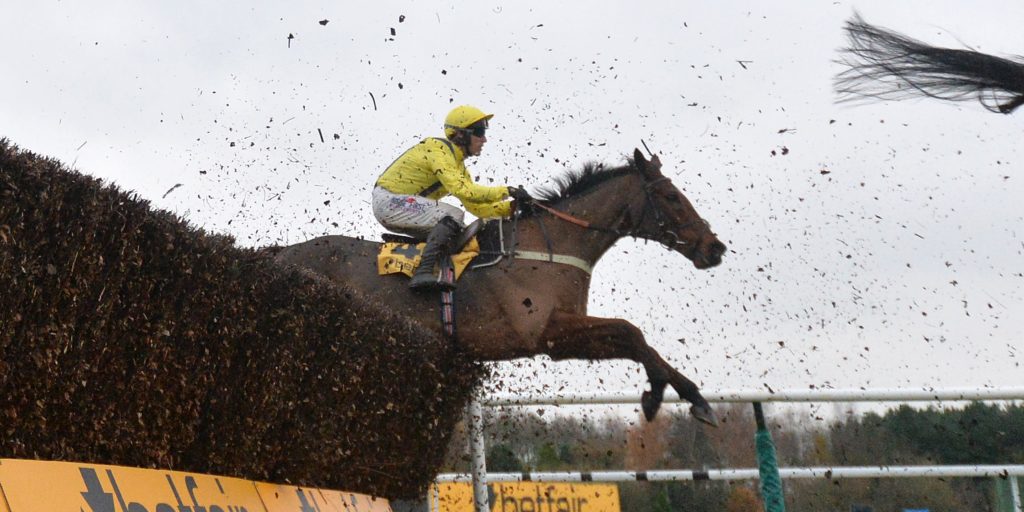 Grade One winner out to snap lengthy losing run.

Lostintranslation bids to get his career back on track in the Chanelle Pharma 1965 Chase at Ascot on Saturday – two years on from his biggest success. It was on November 23, 2019, Lostintranslation won the Betfair Chase at Haydock. That looked like being the first of many more Grade One triumphs but, surprisingly, he has not won since. He has been restricted to just six races since then, the best being a third place in the 2020 Cheltenham Gold Cup. But connections feel the nine-year-old is back to something near his best. “He seems in lovely form at home after that little away day (at Newbury on Tuesday), so it looks a nice place to start back with him,” said Joe Tizzard, assistant to his father, Colin. “Obviously we’re a bit on the comeback trail, but we’re confident he’s back near somewhere he used to be. Hopefully he’ll prove it on the racecourse.” Lostintranslation will be crossing swords with an old adversary in Defi Du Seuil. The pair met three times in early 2019 with the latter coming out two-one on top. Tizzard added: “It’s nice and there’s Defi Du Seuil in there as well. There’s some history against each other. I wouldn’t mind seeing those two jump the last together upsides.” Tizzard also had an update on plans for him to take over the licence at his father’s yard – confirming that will now be next season rather than this. He said in his blog for Coral: “I’ve done all my trainer’s modules now, but the application can take six to eight weeks to process, so that would have taken us through to the new year, and we just didn’t see any point in starting again from nought then, in terms of winners and so on. “So it was an easy decision to just say we’ll change things over at the end of this season, and start next season from zero like everyone else. “But as I say, even when we do change the names over, it won’t affect how we operate one bit, we’ve always worked as a team, not just dad and I, but everyone here. This season has gone great for us so far, the horses have been flying, and we’ll just be looking to keep that going.” Like Lostintranslation, Defi Du Seuil has questions to answer, having lost his way since completing a hat-trick in the Clarence House Chase at Ascot in January 2020. “He seems in good form, everything’s gone well for him recently which it didn’t seem to last year,” said trainer Philip Hobbs. “We’re pleased with him and we hope he’ll run well.” Frank Berry, racing manager to owner JP McManus, added: “It will be nice to see him back out again and get him started. “He’s had his issues and not much came to light, but Philip is hoping he has him back in good form and the proof of the pudding will be seeing how he runs.” Dashel Drasher makes his seasonal debut, having ended the last campaign with three victories all over the course and distance, culminating in the Grade One Betfair Ascot Chase in February. Trainer Jeremy Scott said: “It is a very good race. Records are always there to be broken so I don’t get too hung up on that (his wins at the track). “For the first race of the season, I’d be happy for a nice, clear round and that he’s still got his zest from last year.” Master Tommytucker was second to Dashel Drasher in the Ascot Chase and champion trainer Paul Nicholls is happy with the 10-year-old following his recent spin over hurdles. “He’s very well and has had lots of practice over fences since he ran at Wetherby,” said the Ditcheat handler. “That run will have taken the freshness off him – he always needs a run. That will have put him just right for Saturday. “Sam (Twiston-Davies) gets on very well with him and his jumping is not such an issue these days. “The trip at Ascot is perfect and the ground is perfect, so hopefully he’ll run very well.” Bennys King (Dan Skelton) and Pistol Whipper (Nicky Henderson) complete the six-runner field.